A useful, error-corrected quantum computer is within reach for humanity. There's still a lot of work to do, but we think we might be able to accomplish our goal within the decade. Learn more about what it will take.

Stepping into the unknown

Reaching error-correction won’t be an easy journey, though. As with any good adventure, we’re sure to find unexpected hurdles and interesting diversions along the way.

We started here, in the land of classical computing

Classical computers are great. They’ve enabled some of humanity’s greatest achievements, connecting people around the world to information, ideas, and one another.

But we’re starting to discover the limits of the problems that we can solve within this paradigm. To reach beyond this point, we’ll need quantum computers and classical computers working together.

In 1982, the physicist Richard Feynman proposed the idea of building universal quantum computers to simulate other quantum systems. Through the 1990s and beyond, scientists proved that we could create computers that could hold a quantum bit of information, known as qubits for a few millionths of a second. The next challenge for all of us was to figure out how to make qubits that could hold data for as long as we wanted—it's harder than it sounds.

What lies beyond classical

Classical computers and quantum computers are used to solve different types of problems. For classical computing, we represent what we think about the world as bits of information in sequences of zeros and ones, and use logic to make decisions. Is there someone at the door? Yes (1) or no (0)? If yes (1); then open the door.

To solve quantum-friendly problems, we built computers that use qubits instead of bits. Qubits represent the world in terms of uncertainty, and we use quantum mechanics to make decisions based on the probability of our qubits being in one state (1) or another (0). These computers enable us to simulate how the world actually works, instead of how we think it works.

The land of NISQ

In 2019, Google demonstrated that quantum computing is a practical reality, instead of a theoretical possibility. We still hadn't built physical qubits that could last as long as we wanted, but we built them to last long enough to do some specific calculations faster than the world’s most powerful supercomputer.

Chemical reactions are the machines that enable all living things, and much more. Everything from plants converting sunlight into stored energy to the medicine that we use to lower a fever is the result of a chemical reaction.

Over the past 100 years, we've been developing mathematical ways of describing chemicals and their interactions. Chemical reactions are most accurately described by quantum mechanics. We've developed computational techniques to describe some chemical reactions, but some important reactions remain out of reach for classical computers.

In a recent experiment, we used 12 qubits to simulate a simple chemical reaction on a quantum computer. This was a big step forward.

One thing that distinguishes humans from other life on earth is our ability to harness energy to do useful work. We harnessed fire, then steam, and ultimately electricity. Our modern way of life now depends on electricity for energy almost exclusively.

Using quantum computers, we can study the physics of how electrons interact with each other in different materials in ways that are sometimes not possible on classical computers.

In a recent experiment, we used 16 qubits on a quantum computer to demonstrate that we could simulate the dynamics of the Fermi-Hubbard model, which predicts how we might create a material with less energy loss as electrons move through it.

Imagine diffusion of an ink droplet in a glass of water. Can you predict where the ink will go? Answering this question is key in figuring out how chaos happens in quantum systems and how complexity emerges. Recently, we used 53 qubits to study how a wave of quantum entanglement can propagate ballistically, depending on the design of our circuit and we can control the speed of entanglement propagation by changing the composition of the circuit.

Unscrambling the physics of out-of-time-order correlators

By working with universities and research institutions, Google is making significant contributions to the theories and algorithms that we can apply to error-corrected computers when we get there.

We’ll also continue to find new, increasingly complex problems that can be explored more effectively by our NISQ era quantum computers than by classical computers.

In search of the forever qubit

When it comes to creating an error-corrected quantum computer and exploring its many applications, every new idea and perspective helps us forward. So whether someone is a beginner in quantum computing or a researcher working on cutting edge problems, we want to make it easy for everyone to learn and contribute. That’s why we created Cirq, an open source Python Library for programming quantum computers in today’s NISQ era.

The path to an error-corrected logical qubit

Beginning around 100 physical qubits, we can study different approaches to building logical qubits. A logical qubit allows us to store quantum data, without errors, long enough that we can use them for complex calculations. After that, we'll reach quantum computing's transistor moment: the moment that we demonstrate that the technology is ready to be scaled and commercialized.

We think that we'll need about 100 qubits to build a prototype of a logical qubit. With each experiment, we measure the error rate as the logical qubit grows in size. When we can reduce the error rate by a factor of 10 every time we increase the size, we're ready to scale. This model will allow us to better control the noise and errors in physical qubits, and accelerate our learning. A logical qubit functions like an error-corrected bit today, so we can rely on its output.

Once we have high-quality physical qubits organized into a logical qubit, the next challenge is scale. With 1000 qubits, it should be possible to store quantum data for nearly a year. Scaling up requires making many of our components smaller: including our wiring, amplifiers, filters, and electronics.

Once we have successfully created a very long-lived, error-corrected logical qubit and the cryostat to hold it, the next task will be to stitch several logical qubits together so that they can all work together on increasingly complex algorithms. For this, we’ll need coherence between chips so that the processor can communicate across qubits. This requires significant work on our fabrication technology, control software, and more.

It will take about 100 logical qubits working together to make the first, small, error-corrected quantum computer. Here we’ll be able to work our way steadily toward that million qubit milestone and up to the cirque of error-correction.

You’ve reached the cirque of error-correction! We made it. We’ve come a long way so look around. An error-corrected quantum computer unlocks a whole world of possibilities, known and unknown. There’s a lot more exploration to do with our new error-corrected computer. Where would you like to go from here? 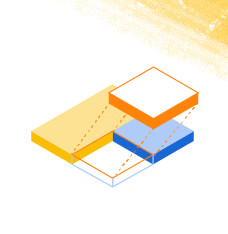 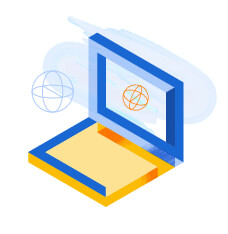 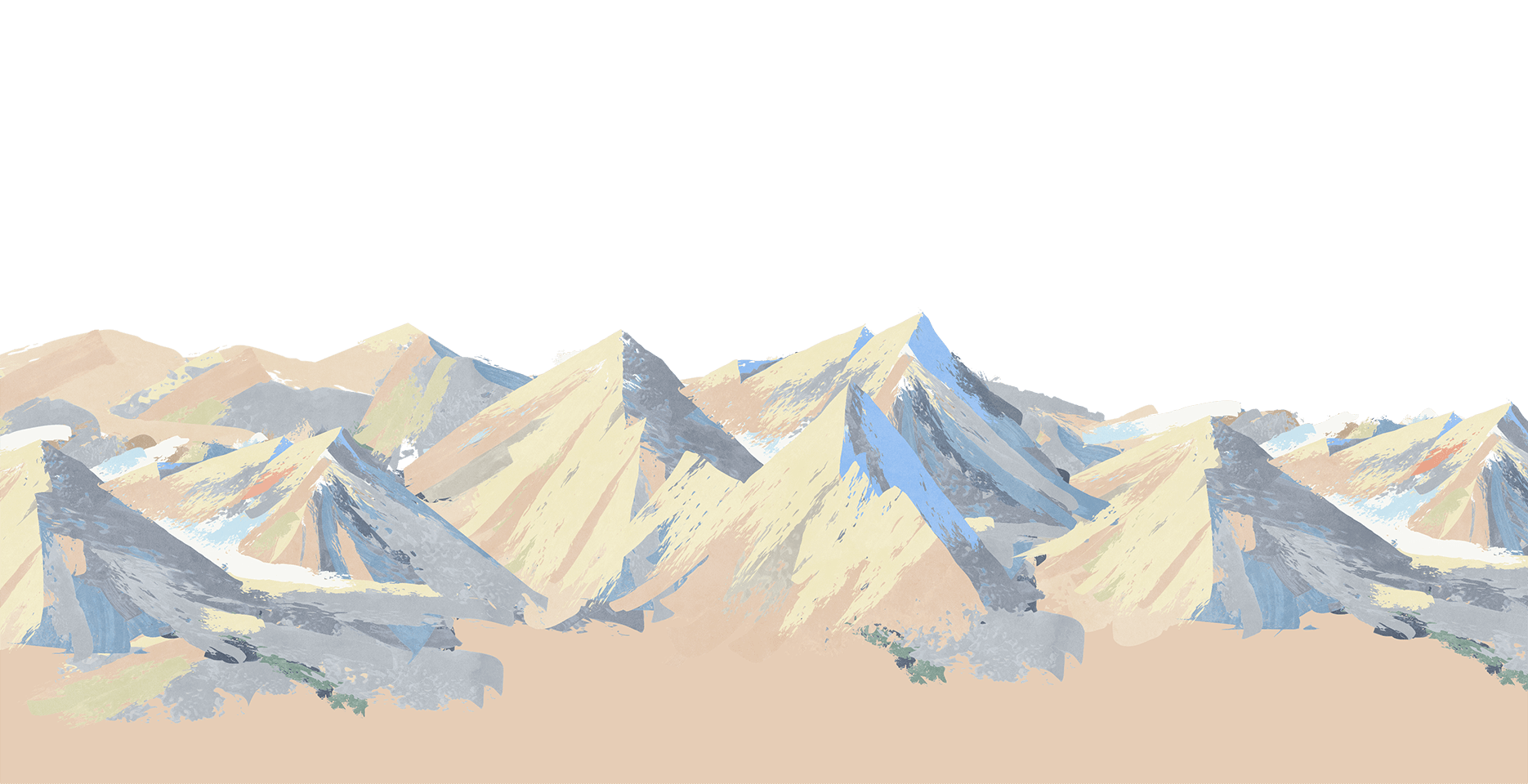 Our comfort, sometimes our lives, depend on a branch of logic called Logistics. In Logistics, we study things like how to move a parcel from Da Nang to Dublin efficiently, and how many tonnes of aluminum a car manufacturer should order for this month. Logistics relies heavily on Graph theory: the study of how interconnected systems behave.

We don't have complete computational solutions to many graph problems. However, in our recent QAOA experiment, we used 17 qubits to demonstrate that we could successfully optimize a well-known graph problem known as the Sherrington-Kirkpatrick model.

Google’s Sycamore quantum processor was able to perform a task in 200 seconds that would have taken 10,000 years on a classical computer. We programmed the quantum computer and the world's most powerful supercomputer (at the time) to choose sequences of 0s and 1s randomly, and measured how random they were. This might not seem super useful, but the calculation is a difficult task for computers. This was the first time any quantum computer had successfully achieved this milestone.

Nitrogen is one of the most important elements for life on Earth. It makes up almost 80% of the air we breathe and is a key factor in converting the sun's energy into the food that we eat.

Naturally occurring nitrogen is inert—it's not useful until at least one of its chemical bonds is broken. Nature is good at driving the conversion process using an enzyme named nitrogenase. Microbiotic organisms can convert nitrogen in the air into organic compounds, like ammonia, and back again with relative ease. However, while we understand the basic mechanics behind this process, scientists don’t know how to replicate it easily.

Right now, humans create an immense amount of pollution and spend enormous energy to convert nitrogen into useful forms for agriculture and other purposes. In fact, creating ammonia for fertilizer is the second most energy consuming industry in the world and, as a result, a major driver of climate change.

Quantum computing offers an exciting opportunity to simulate the nitrogen fixation process and better understand the chemistry at play. If chemists understand the mechanism behind nitrogenase, they might be able to radically reduce the energy and waste created to produce ammonia-based fertilizers.

Drug discovery is another exciting area of exploration. If you can simulate the interaction between different chemicals, you could more quickly test ideas for proteins to help people with different ailments. Rather than running those experiments in a lab, which can be costly and time consuming, you could run those tests on a quantum computer and test a lot more hypotheses before making a decision.

Sometimes, we take for granted the materials that we use to make things in our world. Our ability to travel safely across town or across the solar system depends on the strength and weight of the materials that we use to build our vehicles. The phone in our pocket depends as much on advances in battery technology as it does the radio that communicates with the telephone network.

Materials research can be expensive and slow because it often requires special equipment. Often, advances in material science start with understanding how materials behave in extreme conditions: temperatures, small-scale structure, and so on. Some advanced laboratories might only be able to run 200 experiments per year to study the properties of some materials.

We've started to build computational models on our quantum computer that gives us insights about what we might be able to accomplish with a quantum computer. In some recent publications, we were able to simulate how electrons behave in a gas and at very low temperatures.

We created TensorFlow Quantum (TFQ) as an open source software platform to help researchers with rapidly prototyping, training and testing hybrid quantum-classical ML models. TFQ integrates the TensorFlow framework with Cirq and Qsim libraries to simulate quantum circuits. It provides the tools for the quantum computing and machine learning research communities to explore models of both natural and artificial quantum systems, and ultimately discover new quantum algorithms which could potentially yield a quantum advantage. In 2020, we successfully applied TFQ to design and implement a variety of quantum ML algorithms, such as classification, convolutional neural networks, generative adversarial networks, and so on.

We’re looking for talented people to join our team to push the state of the art in quantum computing. 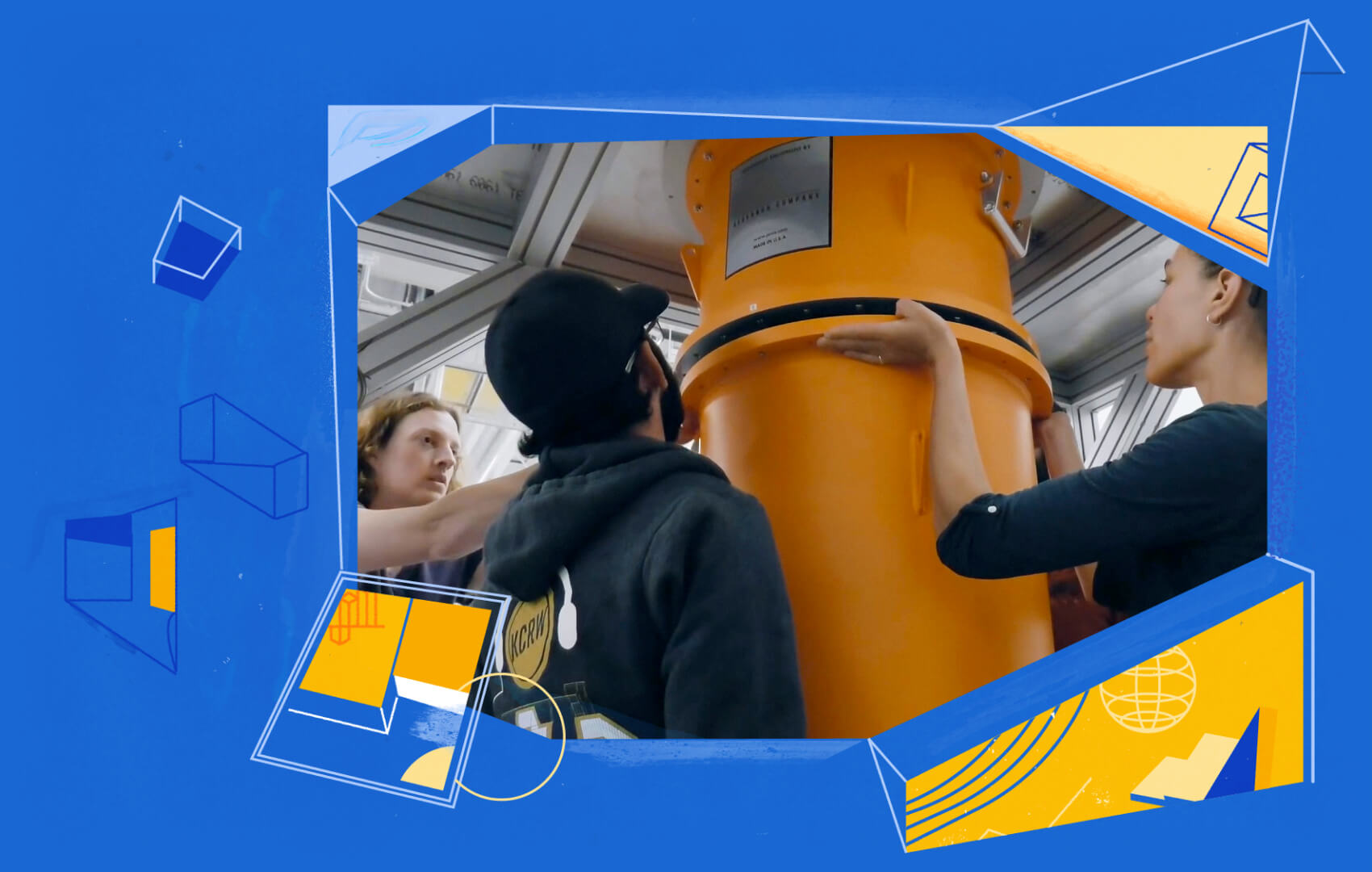